Number three on my most killed plant list is the stunning Alocasia Polly, often called an African Mask Plant. Unlike the String of Pearls and Spider plants that I kill over and over again with no idea why, I suspect I know what I’ve done to wrong the stunning Polly. Too much light, either too much or not enough water, and I misted the poor dear. You see I knew that Polly wasn’t a “drought tolerant plant” and that it needed more moisture than some other tropicals. And I thought I could make do for her by watering regularly and misting. I also made sure she had plenty of light to keep rot from misting and watering at bay.

But you know I just had no clue what I was doing. The more I read the more I understand where I went wrong. I think. If I’m reading the signs and the posts about Alocasia Polly correctly I’ve been messing up almost everywhere.

Let there be light

Not too much light, Polly doesn’t thrive in bright light. But you can’t put Polly in the dark corner either. Polly thrives in medium light. What does that even mean, you may be asking yourself? Don’t worry, it’s not just you I certainly asked myself that. And then I did a little research. Medium light is any light that is diffused between its source (say a sunny window) and the plant. Putting Polly in a sunny windowsill would burn the leaves. But putting it in a shaded corner would keep it from getting the light it needs. So when a plant needs medium light it should get light from a shielded source. The most obvious example is a sheer curtain or frosted glass.

This plant likes its soil to stay moist. But not damp. Or wet. Or soggy. Or any of those other wet sounding words. So you should water frequently but don’t overwater it. Also even though it likes to stay moist it’s pretty forgiving when you forget to water it. As long as you water it frequently. But again not too much.

Did that makes sense to anyone? Because it didn’t make any sense to me. But let me parse that the best I can: This plant should be on a weekly watering schedule. You don’t have to wait for the soil to be fully dry and start to pull away from the sides of the pot or anything, but you don’t want to water it if it’s still wet when you touch the top of the soil. Keeping it too wet tends to lead to root rot and mold.

Speaking of rot and mold this plant loves humidity but it doesn’t necessarily like being wet. I know I know… it’s complicated. But from what I can tell you should not mist Polly, but you might want to place her near a humidifier. Or maybe in a bathroom that gets steam from a shower on the regular. I admit to having misted all of my late great Alocasia Pollys because I thought they’d like it. I was wrong.

Alternately you could try keeping Polly’s pot in a tray of rocks that is frequently refilled with water, keeping the air near her more humid without getting the plant wet.

Look out, she sheds.

How am I taking care of Polly this time?

I’ll start this off by saying that if this plant starts to look sad I’m moving it to my bathroom where there is a frosted window and steam at least once a day… But I’m hoping not to relegate this beauty to the bathroom so first I will try setting up a new plant area. I have a few plants that need medium light and varying amounts of water. Now that I know what medium light is I think I have a place that will work well for them. Since that area already has an essential oil diffuser near it I will try running it with just water in it for a couple of hours each day and see how Polly does. I’m poised to pivot on her lighting, watering, and location the moment she seems to feel poorly though.

You may have noticed me struggling with my plant vocabulary… Or at least struggling to share what those words means in context in these posts. I’ve had to look up enough terminology over the past two weeks that it has become very clear that someone needs to do something to keep track of all this jargon. WORDS WORDS WORDS WORDS. And since I happen to love words at least as much as I love plants, I’ll be sharing an exciting plant word related update tomorrow-ish. 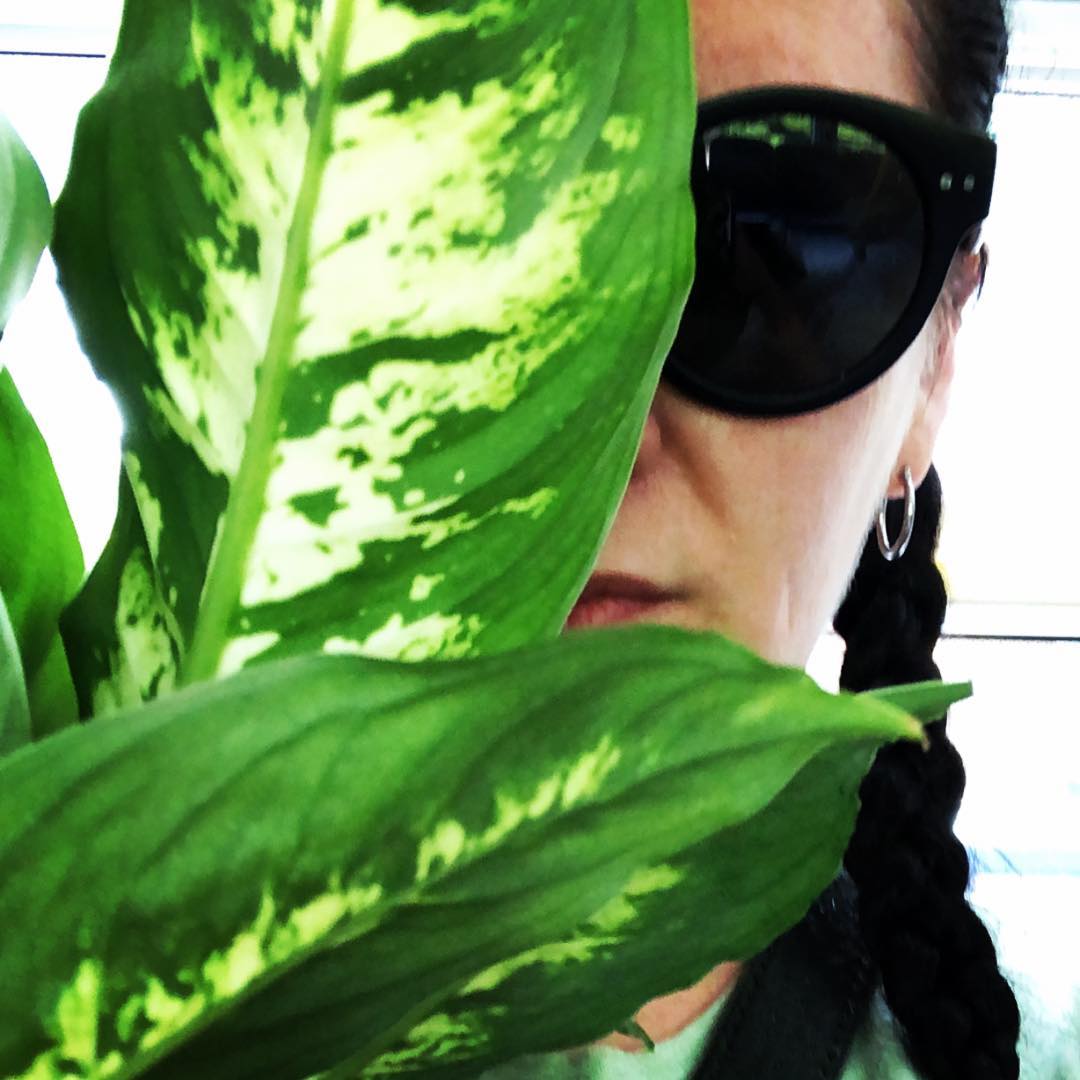 new snake plant, who this?
My houseplants our hanging out in the tub warm and watered. My shrubbery on the other hand...
It’s a good thing the plant in the planter was already dead. #fern #snow #pdx
As hard as it is... sometimes I give my baby plants away to good homes. This one is going to a kid I love who has made great personal strides during the pandemic. I’m so proud of them!
One of my new succulents came out of its little growers pot while I was unpacking them... but just look at those roots!!
Not dead yet... #houseplants #spiderplant
This darling little bonus gift from my planter order is the gaurd ian of my new succulent. She’s here to make sure I don’t kill it. #succulents #houseplantsofinstagram #face
This creepy little cutie was my first plant purchase of the year and he’s finally here. He’s a tribute to my sweet late great old man cat Ripper 🖤💀🐱
Meet my new Alocasia Polly and check out my most recent post on the blog to learn how I’ve killed this plant in the past and how I intend to keep her alive this time around! Link in bio #houseplants #houseplantsofinstagram #alocasiapolly